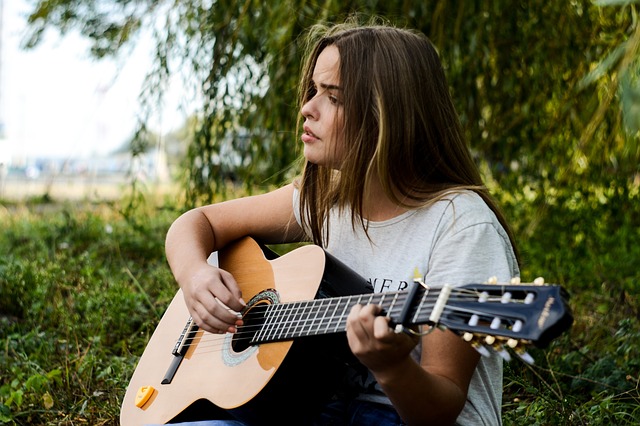 Planning Musical Entertainment for an End of Summer Barbecue

September 5, 2018 Entertainment How To Performing No Comments

There’s nothing quite as perfect for the end of summer like a barbecue. During these last few weeks of the hottest season of the year, you’ll want to make the most of your last summer barbecue. So start inviting your friends and family and bring on the best ribs, cold beers, and great music.

Speaking of music, you’ll need a killer playlist to keep the barbecue party vibes alive. While you could just leave Youtube on autoplay, if you really want to create the right atmosphere at your barbecue, you’ll want to put together the best playlist of all time. Need suggestions for handling the soundtrack? Read on.

Most people that plan the music at their barbecue fail to consider how long their event will last. While you may have a few choice songs you are excited to play, it’s a good rule of thumb to have over three hours of songs ready to go. An unexpected lull in the music can put a damper on the party vibes. Similarly, thoughtlessly putting your iTunes on shuffle can result in you accidentally playing the wrong genre of music for your party.

A great way to extend your playlist is to ask for suggestions from others. By making your barbecue soundtrack a combination of everyone else’s favorites, you already know your guests will love the songs. Another idea to create a bigger soundtrack is to play songs from several different years. By expanding your playlist choices into the early 2000’s and beyond, you’ll have a wider selection to choose from. A good summer barbecue has lively music that isn’t too loud but can be easily heard throughout the party. Keep the volume low enough for people to easily make conversation but loud enough for people to hear the songs and dance if they want to. You want people to have a good time, but you’ll also want to keep your barbecue from turning into a rager.

While you are considering the volume, think about the speakers that you’ll be using. You’ll want to create a surround sound experience, allowing your backyard to transform into an epic barbecue party. If you’re hosting a rather large barbecue, you may even consider having different playlists for different areas. Say what you will about pop music, but there’s a good chance almost everyone attending your barbecue will find the most popular songs appealing. These songs of the summer are pop anthems that get the party going. Playing these top hits will add to the party’s laid-back feel, allowing guests to get comfortable and enjoy the good food and good friends.

Consider starting with softer and slower songs at the start of the barbecue. This will allow everyone to get to know each other and settle in. Once the grill is going, the meat sizzling, and the drinks flowing, kick the songs up a notch. Go for those pumping anthems that make guests want to dance and sing along.

4. Bring on the Live Music

Nothing says summer more than live music. Whether you play the guitar or you’ve managed to book your favorite band for the party, you’ll find that your guests absolutely love being serenaded. Depending on the musician, you can request some of your guests’ favorite songs. Once the music starts and guests are a few drinks in, you can guarantee that the dancing will begin.

To keep the fun going, you may want to consider playing a few karaoke versions of popular songs. The guests that are up to it will excitedly jump at the chance to belt out their favorite lyrics. Moreover, you’ll be able to create fond memories as the rest of the guests sing along.

New artists are always making covers of their favorite songs from generations gone by. Add the more sultry and upbeat covers to your end of summer barbecue soundtrack. This is a great way to reach out to guests from every generation. Whether older or younger, everyone is guaranteed to find a song or singer they recognize and like. 7. Most Importantly, Keep the Food Coming!

Of course, a cookout wouldn’t be a cookout without plenty of food. Since you’ll be tied up with the entertainment, make sure you have someone to keep an eye on the barbecue so the meats come out just right. If you’re short on hands you can look into an electric smoker to help automate the process. Whatever the case, you want to make sure your hungry guests have plenty to fill up on, else they may get too hangry to enjoy your performance.

End the summer with a bang with the hottest barbecue you’ve ever thrown. Make sure your entertainment choices are on point by following these six ideas for your end of summer barbecue soundtrack.

How To Get The Best Quality Recordings In Your Home Studio

Upgrades To Your Creative Space That Will Get The Juices Flowing